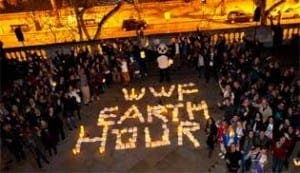 The worldwide event to fight climate change, organised by WWF, encourages the planet to switch off the lights for just one hour between 8.30 and 9.30pm on March 28.

Famous Spanish monuments such as Leon’s cathedral and Cordoba’s mezquita are set to switch off the lights, and Catalunya is leading the way with the highest number of cities pledging their support.

A Coruna and Cordoba are finalists out of 44 international cities in the Earth Hour City Challenge 2014.

The initiative started out in Sydney in 2007.