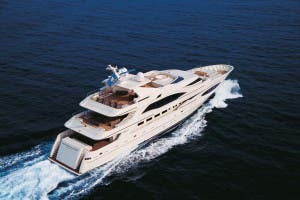 SPAIN’S yacht charter market has finally beaten the recession, according to industry experts.

With the British pound, the Swiss franc and the Swedish krona all strong against the euro, visitors from these countries are grabbing great deals in Spain.

Last year saw the first growth in Spain’s recreational boat market since 2007, with a 9.92% increase in registrations compared to 2013.

Lorenzo Vila, director of easyboats said: “Charter enquiries are flooding in this year and they’re also coming in, and closing, far earlier in the season than usual.

“We’ve signed contracts on several charters, mainly in the 45ft to 60ft sector, and some for as early as Easter.”

Storms could dampen down massive Alicante Province fire in Spain