IT is an evocative image, daubed on an abandoned farmhouse.

Spotted by Olive Press reader and multimedia artist Jane Jewson, 55, on the road from Casares to Gaucin, two lifelike soldiers in battle dress square up to each other on the side of a ruined building.

But the artist in question remains a mystery.

Painted in typical Banksy-esque fashion, it begs the question: has the Bristol artist been over to Spain?

The numbers on the soldiers’ uniforms – 09 and 11, a clear reference to 9/11 – point to a political motive, which would be in keeping with Banksy’s dark, satirical style.

“I love that it’s depicted on a ruin way out in the middle of nowhere, such a clever illustration of the pointlessness of violent confrontation and the permanent damage it causes,” Jewson said.

If you know the secret identity of the artist or the origin of the artwork, contact the Olive Press at newsdesk@theolivepress.es or call 951 273 575 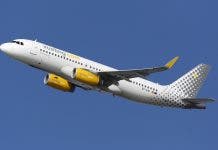