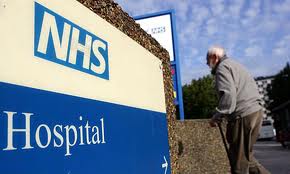 BRITISH expats living in Spain are to be frozen out by an NHS clampdown.

Many British people living abroad, regularly return to the UK for doctors’ visits or for operations, as it can often be a bureaucratic nightmare to register with local health authorities in a foreign country.

However, under new regulations that come into effect this month, people will no longer be able to pop home to make the most of the NHS.

The new rules will make NHS users declare where they are ‘ordinarily resident’.

“Free NHS treatment is provided on the basis of someone being ‘ordinarily resident’. It is not dependent upon nationality, payment of UK taxes, national insurance contributions, being registered with a GP, having an NHS number or owning property in the UK,” said a Department of Health spokesman.

An European agreement states that all EU citizens should receive healthcare in the country they live in, regardless of their nationality or citizenship.

Expats seeking emergency treatment in the UK could also face steep fines if they don’t have paperwork from their country of residence in place.

On average the NHS loses a massive €695 million each year in revenue.