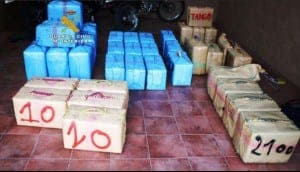 OVER three tons of hash were seized and 16 people arrested in an Axarquia drug raid.

The now-disbanded gang was based in Ceuta and had set up a complex network across the Axarquia.