The former Spanish deputy prime minister attempted to hide links to the string of companies from Spanish authorities, it has emerged.

Rato apparently owns two of the companies in question and has strong ties to the others, sitting on the board of directors in many.

Accused of money laundering, Spanish authorities have been clamping down on Rato over the last year.

During investigations, he has been accused of setting up a number of businesses in family members’ names in order to launder money and avoid tax payments.

According to Spanish media reports, he now also stands accused of failing to declare the extent of his wealth, allegedly hiding a number of offshore companies in ‘tax havens’ such as Gibraltar.

As president of Bankia, he was also found responsible for the so-called ‘black cards’ credit card scandal as well as mismanagement of the banking group.

Last year, Rato was ordered to pay €3 million to the banking group for his role in the scandal. 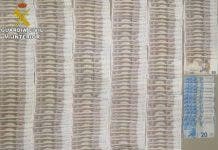