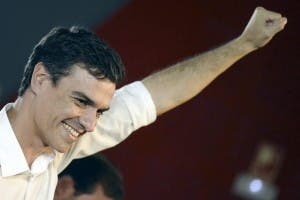 RELIGIOUS education could be a thing of the past if PSOE candidate Pedro Sanchez triumphs in December’s general election.

If Sanchez is named prime minister he has vowed to pull religion courses form both public and private schools.

Sanchez would only allow religious education courses to be taught as extra-curricular activities outside of school hours.

He claims that religion ‘should no longer be forced upon children’s schooling’.

However his plans have already met strong opposition from the Catholic church.

“Sanchez’s proposal is just a way of stirring up problems,” Spanish Catholic Bishop spokesman, Father Jose Maria Gil, said. “Sanchez needs to keep in mind that most people in country, the people voting for him, are Catholics.

“Religion is an important part of this country and of the world, and religious courses need to remain on par with the rest of the subjects.”