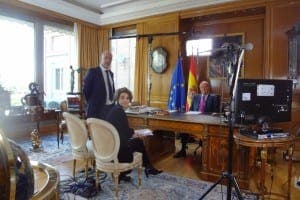 A DOCUMENTARY about Spain’s former king, which touches on numerous sensitive issues, has been ruled not relevant for Spanish national TV.

The programme Me, Juan Carlos, King of Spain, which aired in France this week, was ruled ‘not current’ by broadcaster RTVE.

The show included five hours of interviews with the former king and was a big hit on France’s state channel TV3 who commissioned it.

George Mathias - 22 May, 2022 @ 13:30
THE international youth football tournament the Costa Blanca Cup is returning to Benidorm after a two year Covid hiatus. The tournament will see some 4,000...