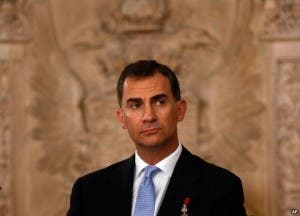 KING Felipe VI will once again meet with Spain’s political parties in a last-minute bid to end months of political deadlock.

Attempts so far in finding a candidate capable of forming a new government to avoid a new election have failed.

The palace said in a statement today that the king will meet party representatives April 25-26.

Further negotiations between the three main parties, the Socialists, Ciudadanos, and Podemos to made little to no progress.

If no government must is in place by May 2, the king will dissolve parliament and another election will be held June 26.