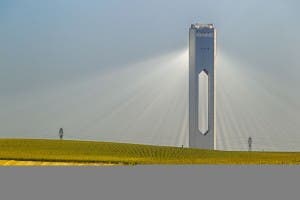 ABENGOA has sold four of its solar energy plants.

The troubled green energy giant sold the plants in Sevilla and Jaen as it tries to avert what would be Spain’s biggest ever bankruptcy.

The deal has allowed the company to reduce its debts by €50 million and given it a cash injection of €12.2 million.

Abengoa owes €9.4 billion after taking on huge debts to expand into clean energy.

Meanwhile, a court has given Abengoa an extra seven months to strike a restructuring deal with creditors.

The Sevilla court ruled that Abengoa has until October 28 to convince banks and bondholders to back a restructuring deal.