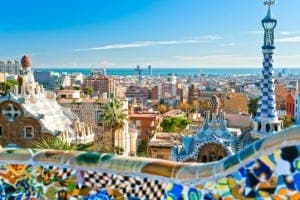 ALMOST a hundred Catalan companies have been fined so far this year for using only Spanish in their signage.

The region’s consumer code requires that businesses publish all public information ‘at least in Catalan’.

The government has been cracking down as its desire to secede from Madrid and enforce Catalan as the predominant language grows.

Companies who write signs, menus or catalogues only in Spanish can be fined from hundreds to thousands of euros, depending on size or the amount of untranslated language.

A librarian, Roger Sueba, has claimed to have denounced 5,000 companies.