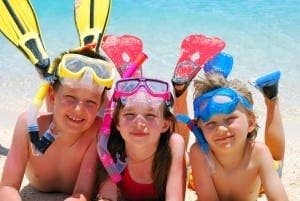 SLOGGING through months of school without respite will be a thing of the past for children in Cantabria.

The northern province is the first autonomous region to introduce a school calendar with a week’s break every two months, following the British style.

‘Half term’ will now be adopted, following the lead of the UK, France, and Germany.

There will be less holiday in summer while the school year will start earlier, end later and offer a week’s break in November, Christmas, February and Easter.

The longest period without a holiday will be 44 days.