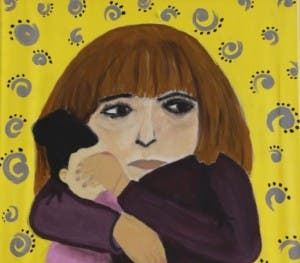 THE 44 depictions of weapons, wheelchairs and drownings at sea by kids aged 10 to 16 are being sold in Barcelona to raise money for the the young artists recovering from trauma.

The exhibition, named ‘Little Hopes’, comes from an art therapy workshop conducted in Jordan at the Bader Medical Centre.

Currently in Casa Elizalde in Barcelona, the show began in Madrid in December and will travel Spain to raise money until every piece of work has been sold.

“Although we are helping finance health issues for the children, we want later on to help in educating them,” said a Global Humanitaria spokesman.

In June, Spain is set to resettle 586 asylum seekers from Greece, Italy, Lebanon and Turkey as part of the settlement programme for the European refugee crisis, and the country has agreed to welcome 16,000 between 2016 and 2017.