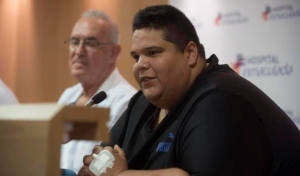 SPAIN’S most obese man has undergone drastic surgery in a bid to reduce his weight by 440lbs.

The 29-year-old weighed 660lbs prior to his operation and is expecting to lose around 440 over the next 18 to 24 months.

Doctor’s had to use a specialised table and surgical equipments in the operating theatre due to his size.

He was given a double-wide bed and had to be moved using a crane due to his weight. 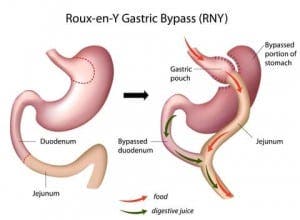 The surgical team used a technique that leaves the majority of the patient’s stomach cut off, meaning they can only absorb a tiny amount of food.

Juan has started on a programme to help him lose 33lbs a month incorporating diet and exercise, and slowly reducing the pace of his weight loss to nine or 11 pounds per month.