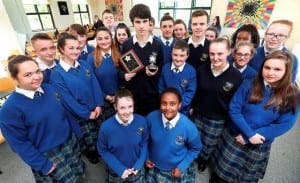 A STUDENT in Ireland turned down holidays to Spain so he could maintain his attendance record.

Alan O’Reilly, 17, has not missed a day at his Scoil San Carlo Primary school in Confey for an amazing 13 years.

Mum Tara O’Reilly said he made it his mission to uphold his record at four years old after his teacher commented that he hadn’t missed a day that year.

Not one to pull a sickie,  Alan’s mum claims he was more likely to pretend he wasn’t ill just so he could show up.

He even opted to stay at home with his grandad while his whole family jetted off to Spain for a family wedding.

Alan hopes to fly through his exams and study human resources management at the National College of Ireland come September.