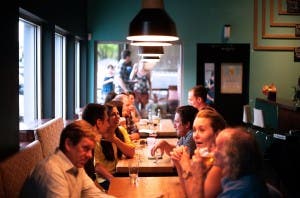 SPAIN’S unusual eating hours are ‘an answer to the chaos in our day’, a doctor of sociology has claimed.

Cecilia Diaz-Mendez who has spent years studying the ‘original’ eating schedule believes it is part of the Spanish identity to eat ‘later than most and always together’.

“We may be out of kilter with the rest of Europe, but if their ideas were right wouldn’t we have changed by now?” said Diaz-Mendez.

“It’s a growing debate, but I feel eating later as we do has a stabilising effect as we dine outside the more chaotic hours of the day.”