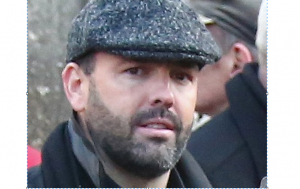 AS if an ongoing gang war was not enough to worry Daniel Kinahan, it appears that his love life is also taking a turn for the worse.

The Estepona-based crime figure has allegedly put his relationship with blonde bombshell  Caoimhe Robinson on hold until the Kinahan’s feud with the Hutch gang cools off.

The target of an assassination attempt at a MGM Marbella boxing weigh-in in Dublin, Kinahan has kept his head down in recent months, reportedly fleeing to Dubai with his brother Christopher Jnr.

Robinson previously dated drug lord Michael ‘Micka’ Kelly before he was gunned down outside her west Dublin home.

It was during her time with Kelly that Robinson met Kinahan during business trips to the Costa del Sol.

The ongoing feud has also taken its toll on the lovelife of Kinahan association ‘Fat’ Freddie Thompson, whose long-term relationship with wife Vicky Dempsey has also reportedly come under pressure.