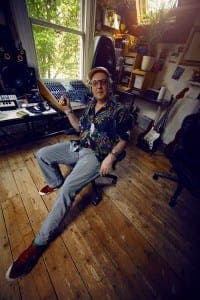 YOUTH is a busy man. The multi-million selling music producer is busy putting the finishing touches to three albums when the Olive Press calls.

But the musical maverick who has produced records by Paul McCartney, Pink Floyd, The Verve and Kate Bush – to name a few – has still got time for Spain’s only English-language investigative newspaper.

“I’m a big fan of The Olive Press,” he says in a laconic drawl. “I’ve followed it for years. I always read it when I’m in Spain.”

Currently, it’s a new Spanish enterprise that is consuming his time.

Next month, Youth launches the Puretone Resonate Festival at his legendary Space Mountain studio, with a special gathering on the slopes of Granada’s Sierra Nevada mountains ahead of next year’s first full-size festival.

Ambient artists like The Orb, Roger Eno, Jah Wobble and Coldcut’s Matt Black will be bringing blissed-out vibes to campers over three nights.

Built in a 60-acre olive grove, the eight-bedroom Space Mountain – complete with a Hobbit-themed wing – is a stunning setting.

“The local mayor and friends have encouraged me,” he says.  “They are very interested in bringing artists to the area so I decided to open up it up.

“This year will be more like a launch party for around 1,500 people. But I want to open it up next year along the whole valley.”

As a producer, international awards and accolades have piled up like the snows of a Sierra Nevada winter. A film about his career hits cinemas later this year. He has sold 20 million records. 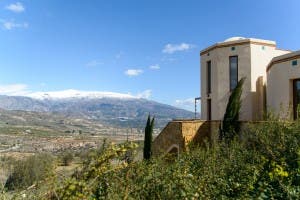 But this son of the British counter culture is fully wired in to Granada’s rich musical traditions.

“The musical heritage there is so strong. It is a big part of why I am there. I’m a huge fan of Camaron de la Isla, Paco de Lucia, Morente,” he said.

“I take artists into Granada to see flamenco and they get inspired.”

Space Mountain was born out of Youth’s frequent visits to Granada in the late 80s, where he befriended Keith Webb, a former session drummer with Jimi Hendrix and Donovan.

“I bought the land to build a studio there in 1998 as I couldn’t face more basement studios in London,” he said.

“It was the beginning of the end for big studios in London, but I still needed a facility.

“Studios where Jimi Hendrix and Jimmy Page have recorded are inspiring. You think, ‘If they can do that maybe I can create a great record’.

“But those mountains bring out a different kind of vibe. That epic sublime nature – it resonates with your emotional geography.”