IT only took three months.

Indeed, just 91 days after killing a Bolivian mother while under the influence of drink and drugs, British expat Westley Capper is back at his multi-million euro luxury villa.

Capper – who is also being investigated over the unlawful detention of missing expat Agnese Klavina – has been granted bail after coughing up €360,000.

This is despite Capper admitting to the hit-and-run that left mother-of-four Fatima Dorada thrown 20 feet to her death on a roundabout in San Pedro in May.

The privately-educated Capper is now living at his exclusive Benahavis bolthole, it can be revealed, enjoying the heated pool, expansive grounds and use of a chauffeur.

During Westley’s recent 91-day stay at Alhaurin prison (he was released last Tuesday) the Essex-man lost 35 kilos and now strikes a ‘shadow of his former self’, according to an Olive Press source.

Capper was arrested, alongside sidekick Craig Porter, at a curry house in Estepona just hours after slamming his Bentley into Fatima in pouring rain and then fleeing the scene.

He faces four charges including manslaughter, failure to aid his alleged victim, driving under the influence of alcohol and drugs and an offence relating to false documentation.

A source close to the investigation confirmed that the 38-year-old’s Bentley remains impounded and that the terms of his bail prevent him from driving.

Capper is already banned from leaving the country under bail conditions set in the ongoing missing persons case of Klavina.

Fatima’s husband Tomas Ramirez told the Olive Press he was stunned by the ‘heartless nature’ shown by Capper.

“I cannot understand how he has shown absolutely no remorse, has not reached out to the family and clearly has no conscience whatsoever,” the 48-year-old builder said.

“It really puzzles me. What a heartless person he must be.”

Capper’s London-based lawyer said he could not confirm or deny that Capper had been granted bail.

“I can confirm that our client Mr Westley Capper has been released on bail,” Robert Taylor of Cubism Law said. “We are not commenting at this time on the amount or any other details concerning this so cannot confirm or deny the points you make.”
Neither the police, nor court, would comment on the case. 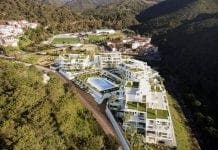