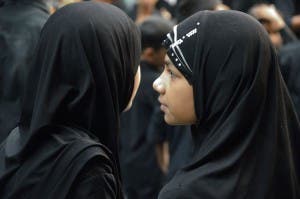 A SPANISH school’s ban on young Muslim women wearing hijabs has been overturned by its regional government.

Valencia’s education department ordered Benlliure high school to allow Takwa Rejeb to wear her hijab in class after she complained that the ban was discriminatory.

The 22 year old, who is taking a professional tourism course at the school, had been told last week that the school prohibited the wearing of head coverings.

Rejeb appealed to the SOS Racism watchdog group, saying the head covering was part of her identity.

The education department has since vowed to draw up new regulations in a bid to avoid similar cases in the future.