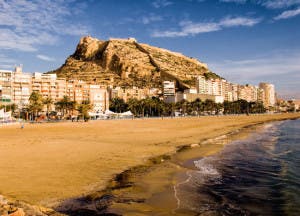 SPANISH police have arrested a British man wanted by UK authorities in a historic sexual abuse case against a minor.

The man was arrested in Alicante some 20 years after the case was reported.

Authorities said the man befriended the victim’s father to get close to the minor, who he then repeatedly abused at is home between October 1994 and the spring of 1995.

He is also alleged to have abused another boy, a friend of the victim, during the same period.

He lured him to his house with promises of alcohol and tobacco, officials say.

The suspect has been charged with eight counts of abuse against a 16-year-old minor.

He faces a 10-year-sentence if found guilty.