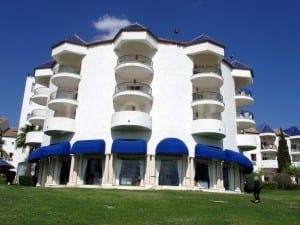 THE iconic Byblos hotel in Mijas is set to reopen after it was sold for €60 million.

Madrid-based Ayco Inmobilaria purchased the hotel in early September and has said it will open its doors within the next few months.

The re-opening of the hotel, which was owned by UK business tycoon Lord Alan Sugar and has welcomed the likes of Princess Diana, is said to have created 300 new jobs.

The 135-room dwelling has been closed since 2010 after Lord Sugar became involved in a lengthy legal battle with troubled developer Aifos.

It will reportedly receive a full refurbishment, though Ayco maintained it would keep the iconic  elements of the construction and stay true to the building’s character.

Wildfire in Spain’s Mijas extinguished after razing through 116 hectares