THE PSOE in Torrox are demanding to know why some members of the police were paid almost €50,000 in bonuses over just two months.

This July and August saw 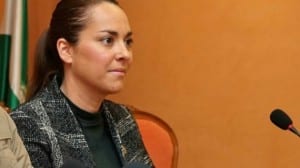 €45,000 be paid in bonuses and overtime, leading socialist city spokesman Francisco Muñoz to accuse Partido Popular mayor, Oscar Medina, of ‘buying the silence of unions with financial rewards at the expense of torroxeños’ pockets’.

He said: “This money was used to gratify officials who already receive a good salary for their work.”

He added that it could have been better spent on hiring the unemployed within the municipality.

Deputy PP mayor and councillor for security Paola Moreno said: “The payments increase the guarantees of a response from qualified personnel, which results in a reduction of crime.”

She added that Torrox is safer now than it was four years ago, and blasted the PSOE for criticising the bonuses.

“The spending was for overtime performed during the holiday period and the reinforcements that were needed in a historically busy summer.”