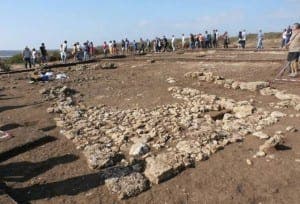 THE ruins of an eighth century fortress are set to become the newest Costa del Sol tourist hotspot.

The Alcorrin archaeological site in Manilva is expanding its guided tours and talks to cater for visitors.

Mayor Diego Jimenez has pledged his support for the project which has drawn the attention of the national body of archaeologists.

The Alcorrin remains – discovered in 1989 – are considered to be among Andalucia’s top 10 sites of the period.