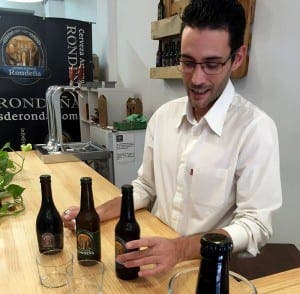 With its beers already stocked in thousands of bars around Spain, craft brewery Rondena is leading the way for artisan beers in Andalucia.

“Spaniards are really enjoying their craft beers now,” Celedonio explains. “I started this after watching videos on youtube. There was a gap in the market for really well-made beers.”

He added: “I do everything from fermenting the beer to bottling the product, it has been a lot of hard work but it is paying off.”

Stocked in bars along the coast from Malaga to Cadiz, Rondena beers are also making an appearance in watering holes in Granada, Sevilla and in Barcelona.

The brewery makes three types of beer: a refreshing blonde which Celedonio recommends as a pre-prandial aperitivo; a full pale ale designed to be supped over food; and a chocolatey stout that’s the perfect after-dinner drink (and my personal favourite). 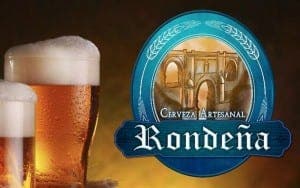 And Celedonio means the business. As well as continuing to expand his brewery he wants to open a bar at his headquarters to serve up his beers for locals to enjoy.

Gift sets are also available and make the perfect birthday or Christmas present.