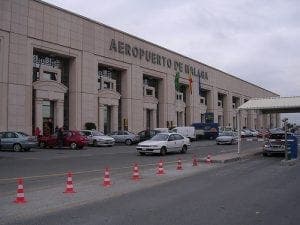 A MAN has been arrested in connection with the death of a British man who was found tied to a bench at Malaga airport.

Steven Allford, 51, was found last friday with his trousers pulled down, a slice of ham on each buttock and with his genitals in a tuna can.

A Finnish national was arrested yesterday and was held at an undisclosed location.

The 50-year-old man has been described as a ‘well-built giant’ by a source close to the investigation.

It is not yet known how or if he knows the victim.

The source said: “He is being investigated at this stage on suspicion of a crime of manslaughter although that could change as the judicial probe progresses.”

Further arrests have not been ruled out as police are still thought to be searching for three men who were seen with the victim, who is believed to have been sleeping rough at the airport.

A specialist prosecutor agreed to investigate the case following pressure from Observatorio Hatento, an amalgamation of Spanish homeless charities, which said the death could be a result of hobophobia – a fear of homeless people.

The suspect, who is being investigated for manslaughter, is being held in remand in Alhaurin de la Torre.