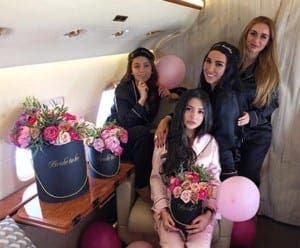 NO expense has been spared for the hen-party and wedding of the daughter of a Russian Tajik oligarch.

They partied and soaked up the sun on a luxury yacht before Madina flew back to Russia to marry her fiancee, known only as Sador. 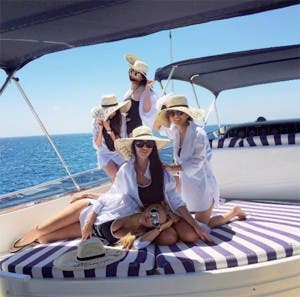 The reception took place in the luxurious Radisson Royal Congress Park hotel in Moscow, where, according to reports, 9,000 guests are believed to have attended.

Madina shone the entire evening in her haute couture dress by British fashion house Ralph & Russo, which cost a staggering €540,000.

The exquisite gown was laced with silver embroidery, organza petals and hundreds of pearls and Swarovski crystals. 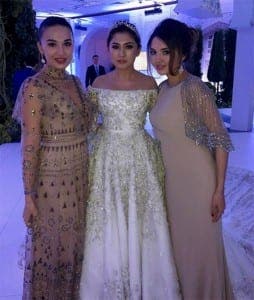 Guests were also wowed by a 10ft cake.

Designed by celebrity cake maker Renat Agzamov, it took three men to carry it to the dancefloor.

Madina’s father is the owner of the most luxurious hotel located in the capital city of Tashkent in north-eastern Uzbekistan. 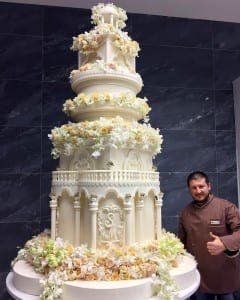 He also owns 65% of shares in one of the largest shopping centres in Uzbekistan and a couple of hotels in Moscow. 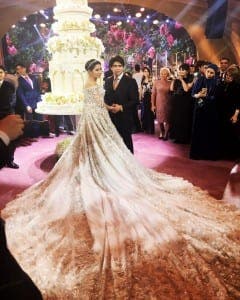