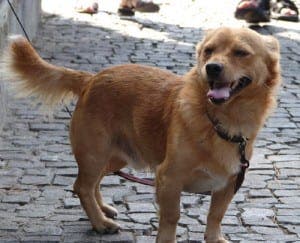 A SPANISH municipality has announced it will collect canine DNA from dog poo to catch owners who don’t pick up after their furry friends.

Officials in Mislata, near Valencia, said police will begin taking samples of dog excrement collected by street cleaners to a local lab for analysis.

Owners have until December 31 to take their dogs to a vet so that a blood sample can be taken free of charge.

Those who fail to register their dog’s DNA will face fines of €300.

If they fail to remove their dog’s mess from the pavement, they have been warned  that they face a €200 fine.

After a dog is registered on the DNA database, the owner will get a name tag that must be worn by the dog at all times.