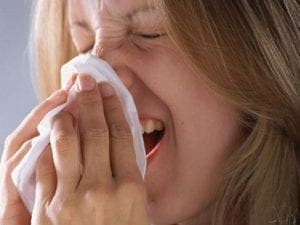 THE number of people infected with flu in Malaga has almost tripled in the last week as the bug arrives earlier than expected.

Between December 12 and 19, only 12 people per 100,000 were suffering with influenza, but as of Christmas day that number had increased to 40.

Experts believe the numbers infected will increase and reach a peak in February before the temperature gets warmer, but noted it could last longer given that it has arrived six weeks earlier than it did last year.

Doctors have said the disease is still in the acute stages, but its progression will depend on how far the temperatures fall.

The flu is an infectious disease of the respiratory tract caused by the influenza virus. It is transmitted through droplets of saliva that expel when coughing or sneezing.