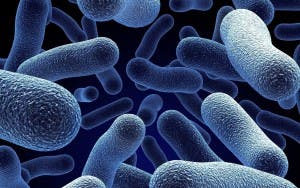 CHILDREN in Spain are being prescribed 3.5 times more antibiotics than their European peers, causing a rise in resistant bacteria.

A study by the Foundation for the Promotion of Health and Biomedical Research of the Valencia Region (FISABIO), found that at least 50% of the prescriptions in the country are ‘unnecessary’ and can do more harm than good.

Scientific director Javier Díez-Domingo said: “Bacteria resistant to all known antibiotics have already appeared, which means the population is in a tricky situation. We can still reverse that development through a rational use of antibiotics.”

The study, carried out between 2008 and 2012, involved more than 74 million children aged up to 18 in Spain, Germany, Italy, Norway, South Korea and the USA.

Spain now has one of the highest resistance to antibiotics in the EU, together with Romania, Croatia, Bulgaria and Slovenia.