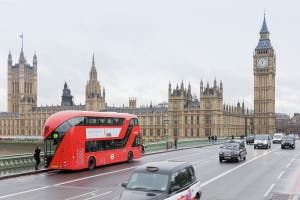 BRITISH expats are going on a buy-to-let spree in Greater London and the south east of England.

New figures reveal 40% of expats’ buy-to-lets are in the UK capital, while 25% are in the pricey south east.

Mortgage lender Skipton International has said they have seen a significant rise in expat investment.

“Property prices in London have increased significantly in the past few years, meaning that capital gains have been very attractive for investors. British expats have many reasons for investing and long term investment is usually the most important,” said Nigel Pascoe, director of lending at Skipton International.

For a while it was almost impossible for expats to buy investment property on a mortgage as they lack a recent credit history and therefore don’t score well on checks required by lenders.

But smaller banks and building societies have begun offering them again over the last couple of years, leading to properties in the UK being bought up by Brits abroad.
Some 35% of expats cited long term investment as their main reason for investing in British buy-to-let property, while another 19% said it was part of their pension plan.

Cristina Hodgson - 9 Feb, 2023 @ 10:00
PLANS to turn a former toxic wasteland in Malaga into giant urban forest have been reactivated. The platform Bosque Urbano Málaga has presented a project...