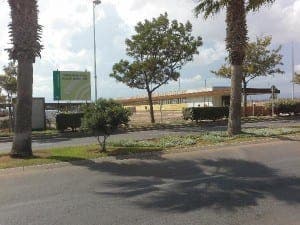 A BELEAGUERED public golf school is still yet to open almost a year after promised.

And with the costs to run Almeria’s Escuela Publica de Golf de El Toyo mysteriously left out of the Junta’s 2017 budget, golfers are concerned it may not open at all.

A total of €1.7 million has been spent on the 60,000 square foot state-of-the-art centre, which was first promised to the region in 2010 as a ‘priority objective’.

Officials later said a licence would be granted to enable it to be used in September, but this still remains to be done.