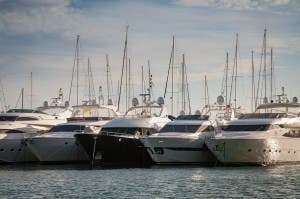 SPAIN’s richest 10% are harbouring more than half the county’s wealth, it has been revealed.

The wealthiest tenth of Spanish households held 52.8% of the country’s wealth in 2014, according to new figures released by the Bank of Spain.

These families had a net worth of €1.29 million in 2014, compared to €1.23 million in 2011. The bank of Spain has said that this increase is due to high investment in well-performing shares and funds.