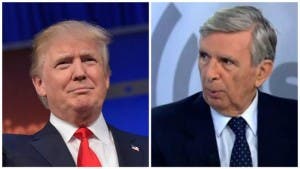 A LEADING Spanish economist has claimed his country is ‘ruined for 50 years’.

Roberto Centeno, who was an advisor to US president Donald Trump’s election team on hispanic issues, says Spain has borrowed €603 billion that it ‘cannot conceivably pay back’.

In a blog post he said: “Spain is moving steadily towards the suspension of payments which is the result of out of control public waste, financed with the largest debt bubble in our history, supported by the European Central Bank with its crazy policy of zero interest rate expansion and without any supervision.

“It will lead to the ruin of several generations of Spaniards over the next 50 years.”

He went on to describe Spain’s production model as ‘third world’.

“We have a third world production model of speculators and waiters, with a labour market where the majority of jobs created are temporary and with remunerations of 600 euros, the largest wage decline in living memory.
“And all this was completed with a broken pension system and an insolvent financial system.”

The rant comes after Spain saw 13 consecutive quarters of growth in February, which was much stronger than that of its neighbours.