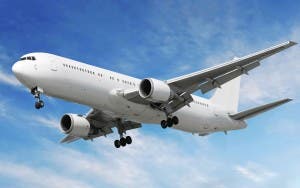 SPAIN has joined Switzerland and Germany in rejecting the UK’s flight ban on cabin gadgets.

The three countries have confirmed they will not introduce a ban on devices including iPads, Kindles and game consoles onboard on flights coming from six ‘terror hotspots’ in the Middle East and North Africa.

It comes after the UK followed the US’s lead in introducing the ban on all flights coming from Turkey, Egypt, Tunisia, Lebanon, Jordan and Saudi Arabia.

But without a Europe wide ban, defence experts fear there will be a security ‘loophole’.

Michael Clarke, former director general of the defence think tank, the Royal United Services Institute, told the Times there was ‘potentially a huge loophole as it only applies to flights from those countries to the UK’.

“What is stopping terrorists from flying here from there via a European country?”

The ban has already caused chaos as airlines claim they have been left in the dark as to when the ban begins and as passengers have been told their gadgets won’t be insured.

Experts have called it ‘pointless’, arguing that potential terrorists could still bring a plane down by placing a bomb in the luggage hold.

They could also fly from a country that doesn’t have the ban in place.

Shashank Joshi, senior research fellow at security think-tank the Royal United Services Institute, said: “This risks being seen as a form of pointless ‘security theatre’ which causes great disruption with little benefit to aviation security.”
Most smartphones, including the iPhone 7 Plus and Samsung Galaxy S7, will still be eligible to travel in cabin baggage.