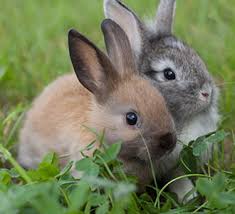 SPAIN is being urged to improve the lives of hundreds of millions of rabbits being raised for food.

The European Parliament is asking the country, along with Italy and France, to introduce legislation that will end ‘cruel’ practices inflicted on some 340 million rabbits each year.

Independent MEP Stefan Eck tabled a law that calls for the animals to be protected in the same way as pigs or chickens raised for meat, which was approved by the Parliament in Strasbourg.

He argued in his directive that rabbits are ‘kept in old-fashioned cages’ that leave a space per animal ‘that is less than the area of two ordinary A4 sheets of paper’.

He added: “Rabbits are extremely sensitive animals and can suffer from a wide range of welfare problems and diseases caused by inappropriate breeding conditions, including fatal viruses, respiratory diseases and sore hocks from sitting on wire-mesh cage floors.”

However, the European Commission said rabbit production is ‘concentrated in a few member states, mainly Italy, Spain and France’, and therefore should remain a national concern.