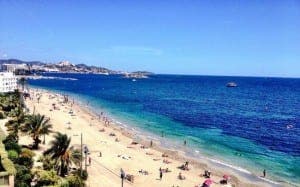 A 73-YEAR-OLD British woman has been hit and killed by a 4×4 car in Ibiza.

Traffic cops are investigating the incident but they are expected to report that they believe the 40-year-old Spanish driver braked as soon as she saw her and could do nothing to avoid hitting her.

The driver did not test positive for alcohol or drugs.

The victim, who has not been named, is the third to be killed by a car in the Balearics in just two weeks.

A Birmingham businessman and a London cyclist, that latter of whom campaigned for road safety, were both hit and killed by drug and drink drivers on Mallorca.