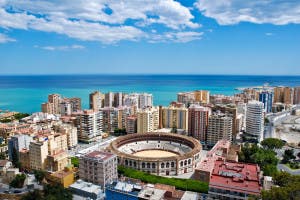 MALAGA is the third most intelligent city in Spain, a study has found.

A study by the IESE Cities in Motion Index rated 180 cities across the world in a study measuring sustainability, quality of life and a variety of parameters to judge overall intellect.

The top two Spanish cities were Madrid, which ranked 28th, and Barcelona, which came ??in 35th.

The index also revealed hows that Spanish cities, with the exception of Madrid and Barcelona, ??score very low in the classification of economy, human capital and social cohesion.

New York topped the list, while London just missed out in second.

Staff Reporter - 21 Jan, 2022 @ 11:44
The Balearic Island of Mallorca is a popular destination for tourists, who come to enjoy the warm weather they may not be able to...