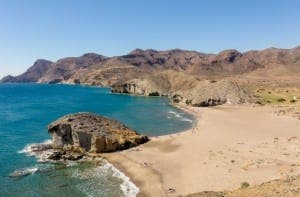 SPAIN’S waters reached their highest temperatures ever in June.

Deep-sea bouys with thermometers have shown they have increased by 2.5C in the last decade alone.

The warmest waters were recorded in the Mediterranean of Tarragona, which reached 27C, an increase of 2.5 % on a year earlier, the highest ever in the month of June.

The temperature also rose in the Atlantic Ocean off Galicia, and the Bay of Biscay off Spain’s northern coast.

Cabo Silleiro in the northwestern region of Galicia registered its warmest temperature ever at 19.9C.

Marine environmentalists have repeatedly warned of the impact of warmer seas on marine life due to its ability to encourage invader species.

It comes after this year’s June was the hottest for 50 years.