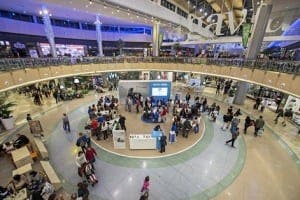 SPANISH business leaders have said the UK can become an independent global trading hub after Brexit thanks to its location and strong currency.

The delegation, visiting London as part of King Felipe VI’s state visit, said factors that make the UK an attractive place to do business now could help it prosper once it has left the European Union and help it echo the success of Asian economic power Singapore, which has benefited from global trade and by investing in other countries.

These include its location and currency.

“The economy, its geographic location and a currency that is respected could make the UK the hub that has the advantages of a certain independence with all the advantages of being an accepted trade partner to the EU and the US,” Gerard Lopez, president of Spanish IT company Plexus, said.

“There’s a role to be played as a quasi-independent.”

Telefonica chief executive José María Álvarez-Pallete López was also optimistic, saying the rules of the ongoing tech revolution will be written in the next few years and that the UK ‘can be at the forefront of that’.

But the business chiefs urged the Government to set out a clear path for Brexit, saying it was the ‘grey area’ that created uncertainty and could hinder investment in the British economy.

The comments, made at a UK-Spain business forum event at the captial’s Mansion House, come as bilateral trade between Spain and the UK stands at £40bn.

Spain is the UK’s ninth largest export market and it puts more of its outward investment into the UK than any other country.