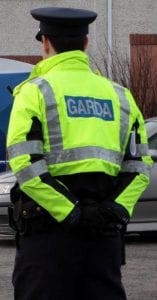 A MAJOR investigation is underway after a Spanish teenager was tied up and repeatedly raped in Ireland last weekend.

The suspect in the alleged attack, which happened in Dublin, was out on bail at the time, it has been revealed.

The victim, an 18-year-old student who was staying with a host family, told Gardaí she was taken to waste ground near Sandymont beach where she was tied up and subjected to multiple assaults in a tent overnight.

A 24-year-old man has been arrested and released without charge in relation to the allegations.

The Irish Gardaí are awaiting the results of DNA and forensic tests.

The 18-year-old student from Spain said she met the suspect on the boardwalk along Dublin’s Eden Quays on Saturday evening.

It is understood the suspect started talking to her before she told him she was interested in photography and he suggested taking her to Sandymount beach.

According to the victim’s statements, they crossed the East Link bridge and walked along Pigeon House Rd near the old Glass Bottle site.

It is believed he took her to an area near flats and brought her into a tent where he restrained her with cables, and raped her repeatedly during Saturday and Sunday.

It is understood he may have then taken her to Sandymount Beach, where he fell asleep, at which stage, despite being warned that she would be killed if she fled, she escaped and sought assistance from a nearby house.

The woman was taken to hospital and received a medical examination while police cordoned off the area of the alleged assault.

The suspect was arrested on Monday morning and questioned by detectives.

He was detained under Section 4 of the Criminal Justice Act, which allows for 24 hours’ detention.

He has been released pending the results of forensic and DNA tests.

The suspect has convictions for violent offences and is currently on bail in relation to an unrelated matter, which is not a sexual crime.

The victim’s family have been notified and have already travelled from Spain to be with their daughter.