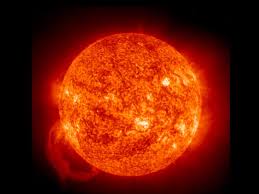 SPAIN is bracing itself for yet another extreme heatwave.

This one, cited as the worst to hit Europe since 2003, has been dubbed Lucifer, thanks to scorching 40C+ readings expected over the next few days.

Areas bearing the brunt of the extreme weather include Mallorca, Catalonia and Zaragoza, which have all been issued orange alerts by meteorological agency AEMET.

Meanwhile, Malaga, Ibiza and Granada have received yellow warnings, with temperatures expected to reach up to 42C.

Eleanor Bell from The Weather Company told The Sun Online: “Tourists travelling to southern Europe this week should remember to drink plenty of fluids and stay in the shade as temperatures lift above/well above normal for the time of year.”

It comes after several recent unseasonably hot periods, causing forest fires and even deaths from heat stroke – one reported in the Costa del Sol town of Estepona.