THiS month, classical music enthusiasts will flock to Valldemossa for the annual Frederic Chopin festival.

The concerts, held in the elegant cloister of the village’s Monastery, pay musical tribute to one of the region’s most beloved adopted sons. Famously, Chopin and his lover, Romantic novelist, George Sand escaped here in 1838.

Despite the much-cherished link, it was not an idyllic retreat. Sand left France for Mallorca in search of warmer climes to help her 15-year-old son, Maurice,who had rheumatism. The writer had two children and was separated from their father when she eloped to Mallorca with the Polish composer. Arriving in Barcelona on November 7, they set off for the Balearic island that was to become their new home.

Initial impressions were certainly favourable. “I’m in Palma, between Palm, cedar, aloe, orange, lemon, fig and pomegranate trees; the type of trees that will never grow in The Garden of Plants there in Paris,” glowed Chopin in a letter.

“The sky is turquoise, the sea blue, the mountains emerald, and the air? The air is as blue as the sky. The sun shines all day and people are dressed as in the summertime, because here it is hot.”

Sand, originally referred Mallorca as the ‘promised land’. But with accommodation hard to find in the capital, they headed inland to the 16th century town of Valldemossa. Soon afterwards, however, they were kicked out of their lodgings because of Chopin’s lung condition,their landlord concerned about contagion.

It was not an auspicious start, but things got worse. Moving into the abandoned 13th century monastery that Sand used as a writer’s studio,they found that the building’s thick walls, effective at keeping out the raging Spanish summer heat, encouraged an icy chill in winter. With no heating, and a savage winter gripping the island, the couple soon found Mallorca was not the all-year-round sunshine haven they had hoped for.

As the wind and rain made the roads from Valldemossa impassable, the couple found themselves effectively isolated in their new home.

“We lived in the middle of the clouds, and fifty days had passed without being able descend to the plain; the roads had become torrents, and we did not see the sun,” Sand later wrote.

“This is the devil’s own country as far as the post, the population and comforts are concerned,” lamented Chopin in a letter from December that year.

Removed from the creative circles they moved in in Paris, where the bohemian pair were at the heart of an artistic movement, there was precious little to link them with their newfound surroundings.

Sand was scathing in her assessment of the benighted Valldemossa inhabitants and their entrenched social mores, referring to them as ‘’barbarians’ and ‘monkeys’ in her famed novel Winter In Mallorca. It was an enmity the locals repaid in full, refusing to sell Chopin and Sand supplies, such was their suspicion of the composer’s chronic lung ailment.

Sand was finding the environment unconducive to her craft. Far from spending her days writing, she was left nursing Chopin and looking after her children.

The arrival of Chopin’s Pleyel piano was yet another arduous chapter. Taking three months to arrive, the prized instrument was transported by donkey after arriving in Palma. His beloved Pleyel was loaded onto a ship in Marseille, with Chopin receiving instruction he must pay a 500 franc import charge. In the meantime, Chopin had hired a local piano which, according to Sand, ‘gives him more vexation than consolation’.

When Chopin’s piano arrived after being held in port for a week it was the subject of the villagers’ wonder. A sketch by Sand’s 15-year-old son, Maurice, shows Chopin playing for a crowd of astonished onlookers, who appear open-mouthed in awe at what they are hearing.

Despite his worsening health, Chopin composed Prelude [Op.28, No.15] (which, given the inclement weather he endured, is appropriately known as The Raindrop)  and Ballade [Op.38] while in Valldemossa, the former’s mournful air said to mirror Chopin’s mindset at the time.

One night, after Sand and her children had returned home in a howling gale, Chopin exclaimed ‘ ‘Ah! I knew well that you were dead’ . While playing to her, Chopin claimed to have had a vision.

“He saw himself drowned in a lake. Heavy drops of icy water fell in a regular rhythm on his breast, and when I made him listen to the sound of the drops of water indeed falling in rhythm on the roof, he denied having heard it,” she wrote.

“He was even angry that I should interpret this in terms of imitative sounds. He protested with all his might – and he was right to – against the childishness of such aural imitations. His genius was filled with the mysterious sounds of nature, but transformed into sublime equivalents in musical thought, and not through slavish imitation of the actual external sounds.”

Many critics believe the composition Chopin was playing to Sand that stormy night was The Raindrop.

Sand herself saw the Preludes as inspired by their surroundings. They conjured ‘visions of dead monks and the haunting sound of funeral chants’, she wrote in her memoir History of My Life.

In January 1839, despite his sickness, Chopin was ready to dispatch his new compositions to France. “Dear friend,” he wrote to the virtuoso pianist Camille Pleyel. ”I am sending you the Preludes.

“I finished them on your cottage piano which arrived in perfect condition in spite of the sea-crossing, the bad weather and the Palma customs.”

By February, it became apparent that Chopin’s health was deteriorating. Throughout their winter on the island, his state of well-being had been a constant theme in letters to friends.

“I get no sleep. I can only cough,” he wrote. Three doctors had visited Chopin during his short spell in Mallorca, one in Palma diagnosing TB – ‘the first said I was dead, the second that I am dying, and the third that I’m going to die’, he remarked with gallows humour.’

The couple packed their belongings, and headed back to Paris in order to save Chopin. They left on the ferry El Mallorquin bound for Barcelona, their fellow passengers 200 seasick pigs.The captain refused to allow the clearly unwell Chopin the best bed for the crossing, complaining he would have to burn it if he did.

After two weeks in Barcelona, they boarded Le Phenicien back to France.The couple’s relationship began to unravel. Chopin, horrified at Sand’s cruelty towards her daughter, Solange, refused his partner’s demand that he never speak to the girl again. Chopin died destitute aged in Paris on October 17, 1849, two years after breaking with Sand.

The couple’s conflicted relationship with Mallorca remains a source of fascination, with tourists still flocking to the Valldemossa museum erected in the memory of the three months they spent on the island.

“His first days here were ones of great happiness,” said Mallorca pianist Joan Moll. “They produced works that are intimate, contemplative and as luminous as the landscape.

“Then he realised his sickness was incurable.” 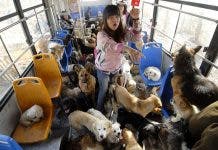