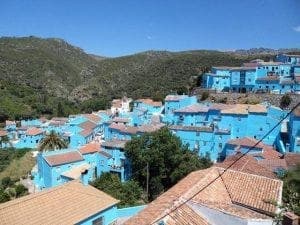 ANDALUCIA’S ‘Smurf Village’ has been ordered to remove all references to the popular blue characters that have been a major source of income.

Juzcar, in the Serrania de Ronda, was painted blue by Sony pictures six years ago in a bid to promote the series of recent films.

The town hall were unable to reach an agreement with the family, meaning all images, statues and references to the hit franchise must be removed by August 15.

While the houses will remain blue, the town will likely take a huge hit.

The town, which only has 240 inhabitants, relies mostly on tourism.

It receives around 50,000 visitors a year directly from association with the Smurfs.