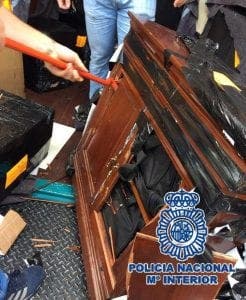 It comes after 59 packets of cocaine and 258 kilos of hashish – worth €4 million – were found hidden inside a chest of drawers on a delivery van leaving Marbella for the UK this week. 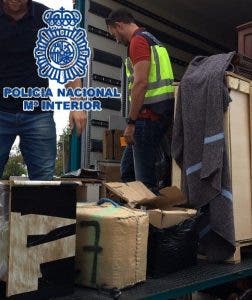 A 39 -year-old Spaniard and a Canadian, 46, based in Estepona, have been arrested on suspicion of drug trafficking and being part of a criminal organisation.

The home of one of the suspects unearthed 100 grams of hashish, three high-end vehicles, seven mobile phones, a blast gun, a taser-type pistol, and a submachine gun.