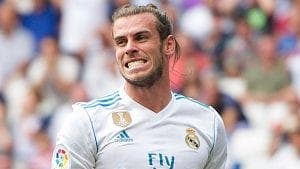 The 28 year old Real Madrid attacker Gareth Bale has been ruled out of Wales’ World Cup Qualifiers against both Georgia and the Republic of Ireland. There had been rumours that Bale was suffering with a calf problem, but club Real manager Zinedine Zidane quickly moved to play them down and insisted he had only been rested against Espanyol as a precaution; and it’s since transpired that the calf strain is more serious than first thought.

Bale had in fact linked up with the Wales squad, with the hope that he would be fit to play a role in their two important fixtures but having sat out training a scan revealed that he is likely to be missing for between 4-6 weeks, due to the severity of the strain. That is a huge blow to both club and country for differing reasons as he’s been integral for both over recent years.

Wales haven’t qualified for a World Cup since way back in 1958 and they currently sit in second place in qualifying group D. The Republic of Ireland are hot on their tails and they go head to head on Monday. With only a one point separating the two, Bale who has often been their talisman, could have had a real impact on their next two fixtures. According to sports betting operator, Unibet, Wales could pretty much be guaranteed a play-off place with 4 points from the next 2 games; but Bale’s absence is a huge blow to their chances. They haven’t won a game in his absence for over four years.

The pressure seems to be on already at the Bernabeu too. Real currently find themselves down in 5th on 14 points while rivals Barcelona lead the way with 7 wins from 7 games. Barcelona are pulling away quickly and Real are having to play catch up in what is Zinedine Zidane’s first real test as manager. Goals have seemingly been harder to come by for Real so far this season, especially in the absence of the talismanic Cristiano Ronaldo. With nobody else able to deliver the goods on a regular basis, Bale would have been relied on to chip in with his fair share and would have likely delivered too. He’d already hit 2 in 5 in La Liga and as they look to chase leaders Barca down, Bale would have been ideal.

It’s a blow not just for Real Madrid and Wales but for Gareth Bale himself. It’s potentially the last or the penultimate World Cup that he would have a chance of reaching and after impressing at the Euros, seeing him star on the big stage once again would have been great for everyone. He’s also played a role in a lot of the success Real Madrid have had since he joined from Spurs and it will be frustrating for him being unavailable for his club side as they look to get back to the top of the league before it’s too late.