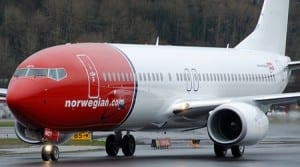 NORWEGIAN is scrapping all of its flights to Spain from one of the UK’s biggest airports.

The budget airline announced it will cease operating routes from Birmingham to Spain from this weekend as ‘part of a review of its services’.

A statement from the company said: “Following a review of our services, we will cease operating flights from Birmingham to Spain with the last services departing on Saturday, October 28.

“A natural part of our UK development will see some reductions in routes with lower passenger demand, allowing us to focus instead on providing affordable flights on strong-performing routes.”

This is the latest service to stop operating from Birmingham Airport, following similar decisions in recent months by United Airlines and American Airlines which ceased running routes to New York.