GUARDIA Civil officers have arrested 21 criminals who stole more than two tons of almonds in Valencia.

Members of the gang made 100 burglaries in the area, stealing animals, electrical goods, and weapons with a combined value of €60,000.

Spanish and Bulgarian nationals were involved in the crime wave which was orchestrated by seven women and fourteen men between the ages of 22 and 44 years.

They used eleven children to scout out and study the timings of the almond farms to know when the warehouses were vulnerable.

The gang targeted marcona almonds which have the highest street value and it is estimated the horde is worth €7,500. 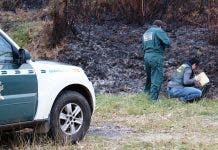