TWO senior Catalan separatist government figures must stay in jail but six others have been freed, a Spanish supreme court judge has ruled.

The six must post bail of €100,000 while Mr Puigdemont’s deputy Oriol Junqueras and Catalan ex-Interior Minister Joaquim Forn must stay in jail.

Both Junqueras and Forn are jailed alongside grassroots leaders Jordi Sanchez and Jordi Cuixart.

The eight politicians are accused of rebellion, which carries a prison sentence of 30 years, and sedition over the region’s illegal independence referendum in October. 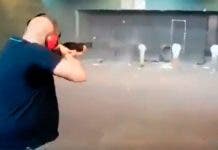