A BRITISH funeral planner has been exposed for targeting vulnerable pensioners, using high-pressure and illegal tactics to sell expensive funerals.

Plan My Funeral, majority owend by funeral company Avalon, which has offices in Torrevieja, was found to be in breach of ethics and legal standards by a Mail on Sunday investigation.

Salesmen boasted of goading pensioners with constant and repeated calls if they turned them down, while a manager ordered a worker posing as a salesman to ‘trick’ an elderly customer into handing over personal information – a breach of data protection laws.

An undercover journalist posing as a pensioner was warned his family might end up in debt if he did not buy a funeral plan.

And a salesman admitted misleading a customer into thinking plans cover the entire cost of the funeral.

One British pensioner said: “I was being harassed the whole time as if the only way you were going to get a conclusion from it was by accepting the policy.”

A computerised dialling system automatically rings tens of thousands of people every week and some people are hounded with repeated calls.

Avalon – best known for TV adverts starring John Cleese as the Grim Reaper – closed down the call centre and has since launched an investigation.

The Information Commissioner’s Office, a data privacy watchdog, also pledged to take ‘robust action’ where they found the law had been broken. 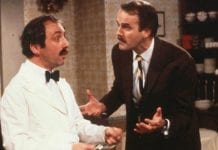 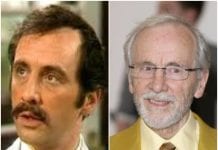